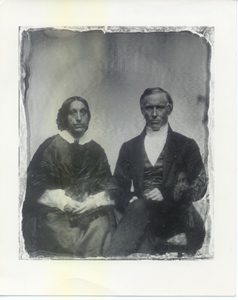 Some ten kilometres to the south of KwaDukuza, cushioned among the sugar cane hills is Groutville, a peri-urban settlement. Groutville was formerly a mission reserve administered by a Chief elected by the Christian community (AbaseMakholweni). Groutville was previously known as the Umvoti Mission Reserve, until it was renamed Groutville after the first missionary from the American Board of Commissioners, Reverend Aldin Grout.

Aldin Grout and his wife Charlotte arrived in KwaZulu-Natal in 1836, and after failing to make substantial progress in deep Zululand, Grout and his wife settled near the Umvoti River. As Groutville was a mission reserve, the church played an important role in the administration of African affairs, but was not immune to colonial administration. There was a resident magistrate and Groutville fell within the broader Stanger Magisterial District.

Most of the early residents of Groutville became sugar cane planters or peasant farmers. When Grout was still a missionary at Umvoti he introduced a system of “individual land ownership”, which encouraged people to cultivate and till the land. Due to the success of farming in the area there was the establishment of the sugar mill to support aspiring African farmers.
Moreover, unknown to many people, Groutville also has the distinction of having been the birth-place of one of South Africa’s literary pioneers, the poet and author, B. W. Vilakazi. Groutville currently has a primary school that is named after him, Vilakazi Primary School.

Groutville represented a microcosm of the greater context and the complexities affecting all South Africans of colour. There was a lack of arable land, mass restrictions and rampant migrant labour due to lack of other employment opportunities available in the area. All the hardships that people experienced in Groutville influenced Luthuli to look at the broader context of South Africa, where he realised that the plight of the African was a National problem, not only confined to the people of Groutville.

Stanger was founded in 1872, and was named after the first Surveyor-General of the then Colony of Natal, William Stanger. KwaDukuza which incorporates the town of Stanger and Groutville is an area that resonates with a fascinating and grossly un-documented history. Stanger was the site of King Shaka’s capital, from which KwaDukuza derives its name. KwaDukuza was the name given to Shaka’s Royal Residence. Stanger is a bustling town situated along the east coast of South Africa in KwaZulu-Natal some eighty kilometres from the city of Durban.

Stanger was granted municipal status in 1949 and was given the significant name change to KwaDukuza in keeping with the principle of democratic transformation since 1994. In its early days Stanger served as a business hub for the many sugar mills within a twenty kilometre radius of the town. The business focus brought with it a variety of light industries, such as; education, health and other services for the farming communities.

Chief Albert Luthuli’s family contributed a great deal to the history of Groutville. His grandparents, Ntaba Luthuli and Titisi Luthuli were amongst the first converts to Christianity when Reverend Aldin Grout, set up a mission in the Umvoti area which was to become modern-day Groutville.

Both Ntaba and Titisi Luthuli became the backbones of the Christian community.Ntaba became the second chief of the Umvoti Mission Reserve’s Christian Community and also taught at one of the mission schools. Martin Luthuli, Albert’s uncle, was a democratically elected chief and at one stage acted as King Dinuzulu’s secretary and later became the chairperson of the Pastor’s Conference with the Congregational Church.He, furthermore, played an important role in the formation of the Natal Native Congress.

In 1921 Josiah Mqwebu succeeded Martin Luthuli in a democratically elected gathering and after his time served, Albert Luthuli was elected as Chief of Groutville in 1935.

INVEST IN OUR HERITAGE

Donate to the collectors

Friends of the museum

Videos of recent happenings
at the Luthuli Museum.